Home » NEWS » THROWBACK TUESDAYS: A LOOK BACK AT THE VANCE TWINS

THROWBACK TUESDAYS: A LOOK BACK AT THE VANCE TWINS 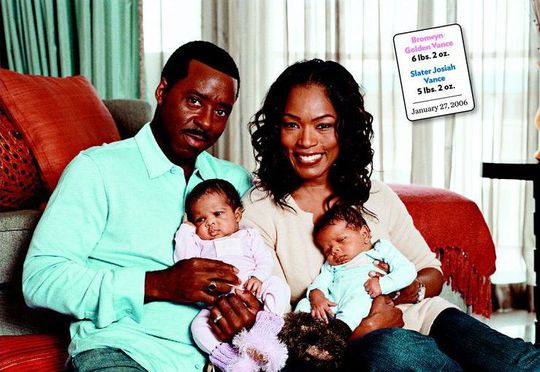 Twins Bronwyn Golden and Slater Josiah were born to actors Angela Bassett and Coutney B. Vance on January 27, 2006.  The twins, who were born via a surrogate, were 6 pounds 2oz and 5 pounds 2oz, respectively:

PHOTO:Click here for a recent picture of the twins

Deeply religious, the couple—who cowrote a new book about their journey, Friends: A Love Story—say they never wavered in their belief that they would become parents. “I had faith, so I never really got discouraged,” says Bassett. Meanwhile, Vance was ready to investigate adoption when a family friend suggested surrogacy, in which a surrogate mother would carry the couple’s own embryo. “My friend told me that Jesus was had by a surrogate, and I said, ‘Thank you for that,'” recalls Bassett. “It’s a story you have heard over and over, and to think about it in 2006, it makes sense.” ~People Magazine, 2006 issue