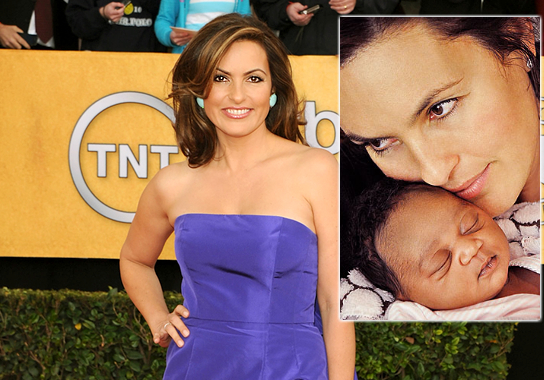 Mariska Hargitay is a proud new mom! The Law & Order: SVU star and her husband, actor Peter Hermann, have adopted a baby girl named Amaya Josephine.  The new arrival was born a little over a week ago in the United States.

“I’m deliriously happy,” the actress tells People magazine. “From the minute she was born, she was just surprisingly alert and so full of love.”

“We were considering both international and domestic adoption and we’re thrilled that this is the way our prayers were answered,” she adds. “We talked a lot about mixed-race adoptions, and we are very excited that we are now a multi-racial family. We’re just so happy she’s here.”

“He is over the moon,” says Hargitay of her son. “He calls her his baby because he says the whole thing was his idea. He always talks about how he’s going to protect her. He’s going to be a great big brother.”