MADONNA AND HER TRAVELING TYKES 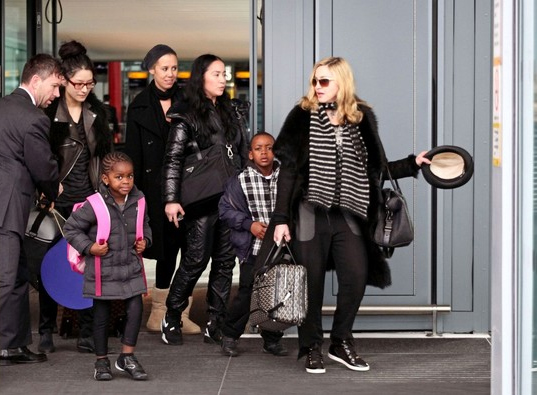 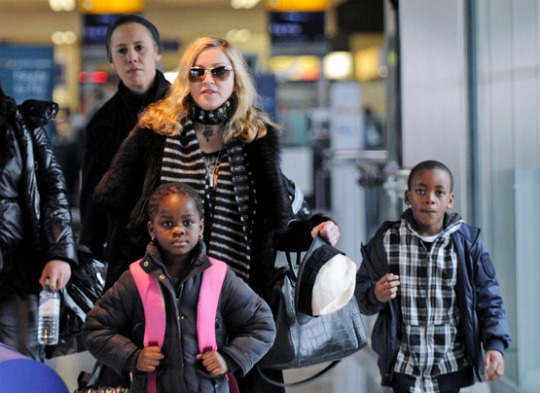 Madonna and three of four of her children Rocco,10, David,5, and Mercy,4, were spotted at Heathrow airport over the weekend.

In related news, Madonna’s plans to build an academy for girls in David and Mercy’s native country of Malawi have been abandoned.  Reports Newsweek, “Despite the fundraising success of Raising Malawi[Madonna’s charity], which collected a reported $18 million in donations and spent $3.8 million on the planned academy, the girls’ school has been abandoned and the Raising Malawi foundation has imploded (Read More).”