ALLAN HOUSTON’S RETIREMENT OF NO. 2O A FAMILY AFFAIR 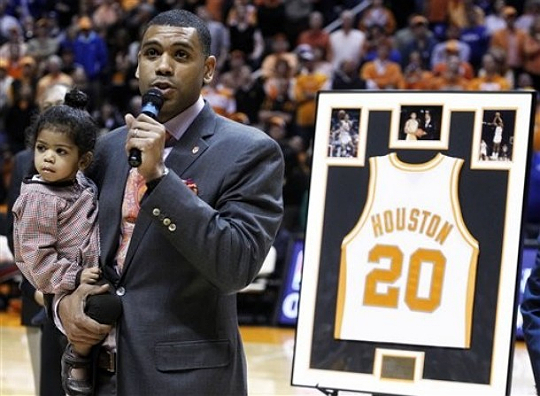 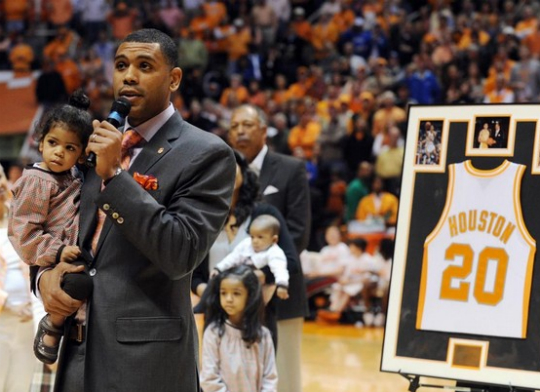 Former NBA Player Allan Houston held his daughter Jade Houston while speaking to fans about the retirement of his number during halftime of an NCAA college basketball game against Kentucky, on Sunday, March 6, 2011, in Knoxville, Tenn.

Houston, 39, who was also accompanied by his other five children and his wife Tamara, says that he hopes his kids can be proud of him one day.

“…When I look at my number, my jersey going up, and my kids can come back, and people see my number going up, I hope they remember more about the name Houston and what that really means, and what that name is, rather than the actual number itself.’’
Source

THE FAMILY CREWS RETURN FOR SEASON 2

THE FAMILY CREWS RETURN FOR SEASON 2