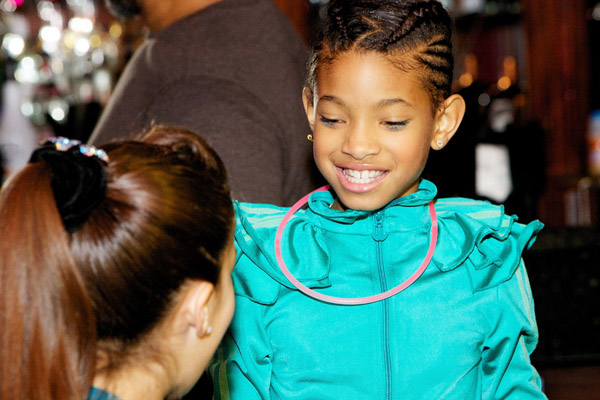 The show, which was co-hosted by Willow, also featured other young stars:

Over the years, Oprah has shared the stage with a 7-year-old surgeon, a 3-year-old drummer and countless young prodigies. Now, for The Oprah Show’s talented kids finale, Oprah is introducing a few fresh faces, including her co-host, Willow Smith!

Willow’s not just the spunky, 10-year-old daughter of a Hollywood power couple—Will Smith and Jada Pinkett Smith—she’s also a chart-topping performer! Her debut single Whip My Hair has already gone platinum and has more than 42 million hits on YouTube.

Willow’s first single induces hair whipping all around the world, but she says this is not just another catchy pop song…it’s an anthem about being yourself and not caring what other people think about you. “[I’m saying,] ‘I don’t know what you’re doing, but I’m me,'” Willow says. “Just do what you feel is right.”Read More

PHOTOS: AJABLEU MODELS IT UP