CARMELO ANTHONY MAKES HIS KNICKS DEBUT WITH FAMILY BY HIS SIDE 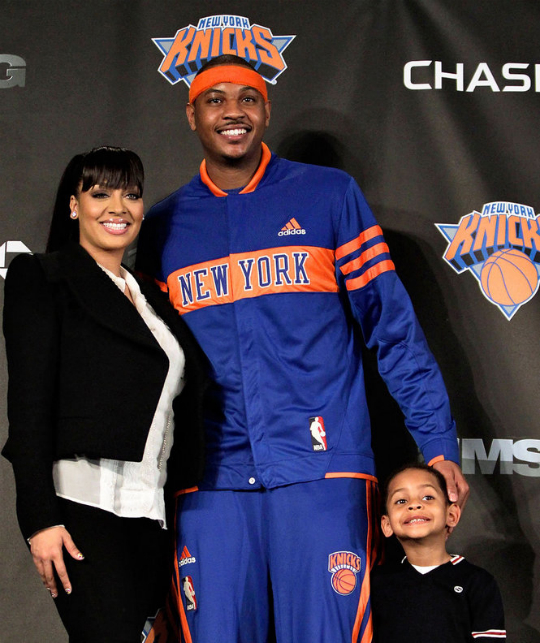 Newly-acquired New York Knicks forward Carmelo Anthony posed with his wife LaLa, and their son Kiyan, four next month, during an introductory news conference before an NBA basketball game against the Milwaukee Bucks on Wednesday, Feb. 23, 2011.

“Viewers connect with La La because despite the fairy-tale wedding and NBA star husband, she is a real, down-to-earth, hardworking woman who stays true to herself,” Jeff Olde, a producer at VH1, tells the post. “The best thing about the new series is that while pursuing and realizing her dreams, La La gets to take us back to her home in New York, where her story began.”

The show will air this August.

WILLOW SMITH WHIPS HER SKATES BACK AND FORTH