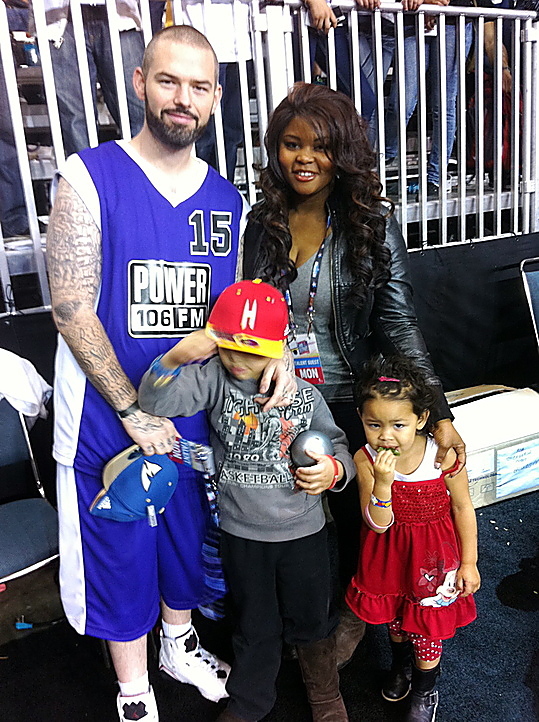 Paul Wall, his wife Crystal, and their two children William and Noelle were spotted at the Power 106 Celeb All-Star Game this past weekend.

The newly-slimmed rapper has revealed that he has lost 100 pounds after undergoing a procedure called gastric sleeve.

“I feel like I got my life back,” Paul says of his weight loss. “When you’re so big like that, it’s embarrassing. I didn’t want to go out and be seen. I felt uncomfortable because I’m not used to being that big. People would see me and say something about it, because it was no secret. I was morbidly obese, 120 pounds overweight. It was just embarrassing. I’d be on stage feeling like I was about to collapse. I’d get dizzy spells. I’d be on the airplane and have to ask for seatbelt extensions. Once you go up in the air, it’s really hard to breath. I was just thinking, “What if I have a heart attack?” I want to be here for my kids. I don’t want to have a heart attack. My son is four and my daughter is two and a half. The doctor told me that when you’re 50 pounds overweight, it takes 15 years off your life. So it literally saved my life.”