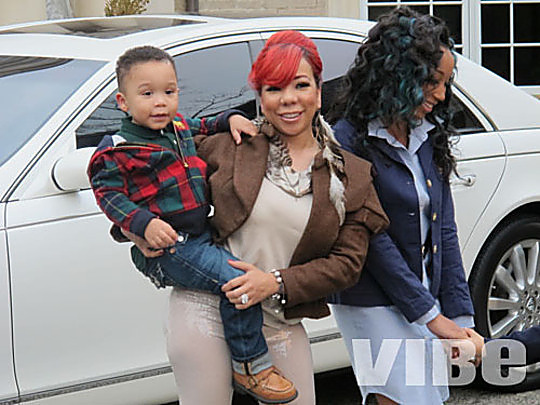 Former Xscape member Tameka “Tiny” Cottle-Harris and her kids are featured in the latest issue of Vibe magazine. In the issue, the singer talks about the “Harris Bunch” and how she is coping without her husband, rapper T.I. Harris.

Here is an excerpt from the article:

Tip and Tiny met more than a decade ago. He was a young rapper with confidence that bordered arrogance; she was an R&B vet with impressive credentials. Today they have six kids between them: two sons together, Clifford “King” Harris and Major Harris, as well as four children from previous relationships. Tiny thinks of them all as her kids.

“I call it the Harris Bunch,” she says, laughing. “I have my daughter, Zonnique, which is the oldest, she’s 14, and she’s real mild-mannered. My next child, Messiah, he’s 10, he’s like the game boy. Then you have Domani, he’s 9. He’s very good with his hands, very crafty. He can build anything. Then I have Deyjah, she’s also 9. Nobody in the house really messes with her. Then I have King, he’s the monster of the group. He’s my 6-year-old. I don’t know, he’s a real mixture of me and his dad. Very manipulative. He can manipulate his way out of whatever. They say that about me, too.” She flashes a knowing smile. “Then we have Major, which is the 2-year-old. He’s the rough one.” Read More 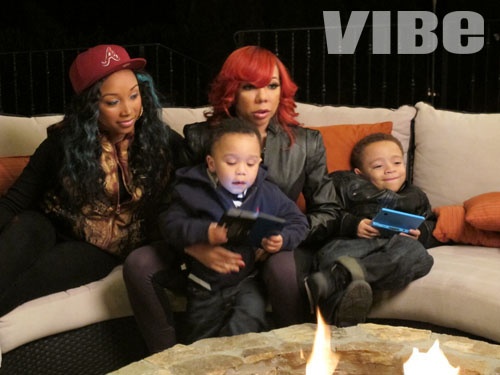