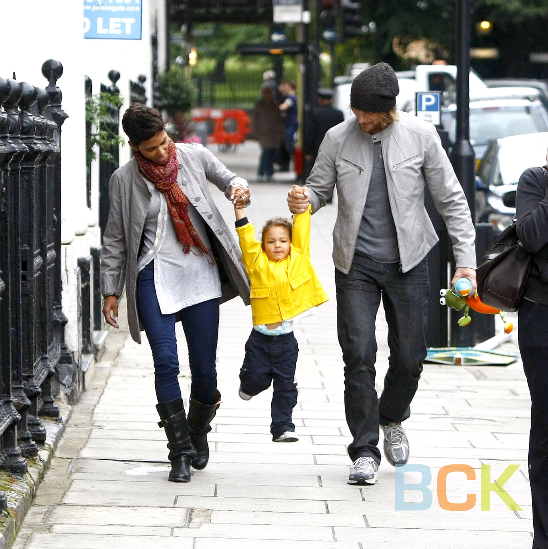 Halle Berry and her ex-boyfriend Gabriel Aubry have reached a truce in their ongoing bitter fight over custody of their daughter Nahla, three next month:

Though he withdrew his bid for joint custody and child support, Aubry is still pursuing a paternity action against Berry, a family court matter that will be sealed to the public.

Berry was in a Los Angeles courtroom [Wednesday] to hear the judge’s ruling on whether she should be allowed to take Nahla cross-country and lawyers for both sides met with the judge in chambers. She pulled out of the Gary Marshall-directed film last month after Aubry first filed for custody, assuming she would be too busy fighting her ex in court to shoot the movie (Read More).

MOMMY&ME: KEYSHIA AND DANIEL JR CHECK OUT A GAME