Home » YOUNG STARS » DIGGY SIMMONS: MY MUSIC IS NOT A HOBBY

DIGGY SIMMONS: MY MUSIC IS NOT A HOBBY 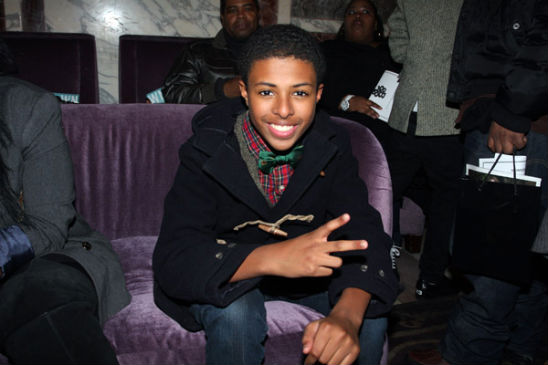 For young musician Diggy Simmons,15, music is not a hobby-it’s his passion.

“This is what I do,” he tells MTV News. “I get in interviews: ‘Is this a hobby?’ I almost feel like stopping the interview, you know what I’m saying? I don’t get why they think just ’cause I did the show[Run’s House] I can’t do this. [TV] wasn’t my profession. It was something that we were approached with and we did. The reality show, for me, obviously, wasn’t anything that I really wanted to do with my career. So I don’t get why people are like, ‘Oh, now he’s doing this?’ It’s not ‘now’; this is the beginning of me going toward something I really want to do.”

Meanwhile, the young MC, who put out three mixtapes in 2010, says that his upcoming debut album is going to be about “Me just writing and the expression of different things that I go through, “People are like, ‘Man, what is he even gonna write about?’ But if you listen to the mixtape or listen to the tracks, there’s a lot of different topics and things that I touch on. And a lot of people are like, ‘Oh, I can relate to this at any age.’ It’s like a breath of fresh air. So I’m really thankful for all the support that I been receiving over the past year or couple months.”

VIDEO: LAUREN JOLIE IS A SMART COOKIE + NEW PICS OF HER BROTHER MJ