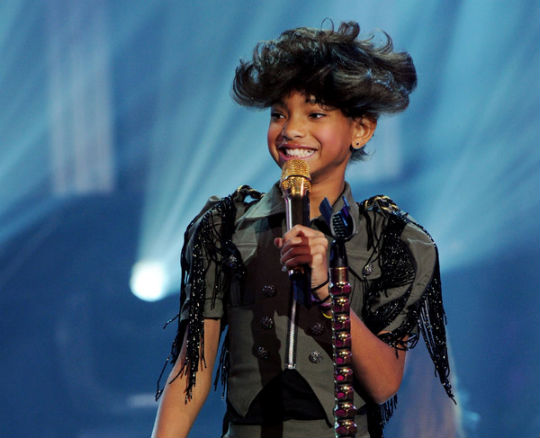 Reports Aol Music, “Willow Smith set a new record on New Year’s Eve, being the youngest performer to ever take the stage during ‘Dick Clark’s New Year’s Rockin’ Eve.’ ABC’s live broadcast of the event from New York City’s Times Square featured a slew of credible performers, but the pint-sized songstress showcased her skills like that of a veteran. [She] gracefully took the stage by being lowered down on a mammoth boombox, as she chanted, “I whip my hair back and forth.”   Before getting into her verses, the 10-year-old two-stepped into a dance routine then grabbed hold of a gold microphone.” 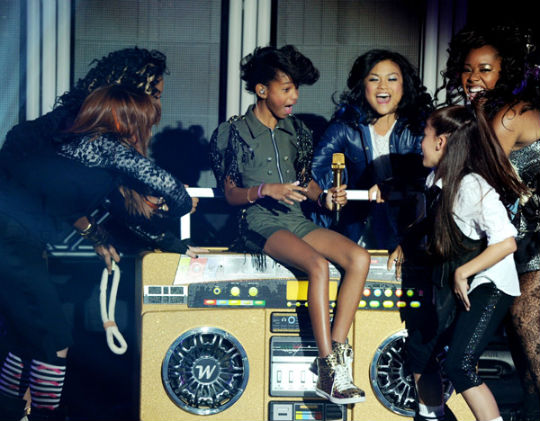 More pictures are below!

A CELEBRITY BABY BLOG PARTY: "END OF THE YEAR LINKS"