Home » PARENTING » Hot Topic » HOT TOPIC: WHAT WOULD YOU DO IF YOUR SON WANTED TO DRESS LIKE A GIRL?

HOT TOPIC: WHAT WOULD YOU DO IF YOUR SON WANTED TO DRESS LIKE A GIRL? 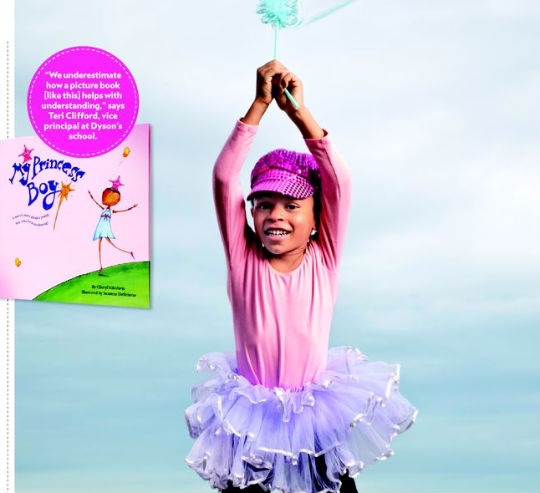 What would you do if your five-year-old son wanted to wear dresses? Would you give in to his wishes or would you do everything in your power to dissuade him?

Here is one mom’s tale:

Three years ago, when her son Dyson was 2, Cheryl Kilodavis arrived at preschool pickup to find him wearing a red sequined dress and pink heels. Embarrassed, she offered to stock the dress-up bin with more boys’ outfits-karate togs and band uniforms-“to give him other choices.” But the next day he greeted her twirling in a yellow dress. “I had this frozen smile on my face,” recalls Kilodavis, 40, a marketing strategist in Seattle. “I didn’t want his spirit crushed, but I had this mama-bear protectiveness.”

It took her a while to embrace her son’s needs. “I felt this kind of expression from a 2-year-old was a big deal,” Cheryl says. But she and her husband, Dean, talked and agreed to let Dyson dress how he liked. “It was an easy decision,” says Dean, 41, a loan officer. “Is he hurting anybody? No. Then I support him.” Dyson also often wore jeans and played with trucks. But when dressing up, “he turned into this bundle of light and joy,” Cheryl says.

After a year and a half, his parents got used to his penchant for sparkles, but to help other kids accept him, Cheryl decided to write a children’s story. She called her self-published book My Princess Boy-which is what Dyson calls himself. She shared it at the Evergreen School, which he attends. Vice principal Teri Clifford loved it and put copies in the classes. Though Dyson faced some teasing, he coped well. Says his mom: “He says, ‘If they laugh at me, they’re not my friends.’ ((Source)

Visit msnbc.com for breaking news, world news, and news about the economy