REGINAE CARTER WANTS TO FOLLOW IN HER FATHER’S FOOTSTEPS 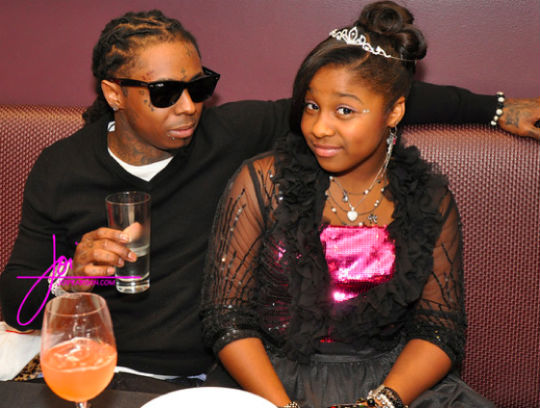 Rapper Lil’ Wayne’s 12 year old daughter wants to be in the entertainment industry. According to Wayne’s manager Cortez Bryant, Reginae Carter has the talents to one day become a star.

“Reginae is just a star,” says Cortez. “She wants to be singer, an actress, she does it all. A great personality. She takes after [Lil Wayne]. He’s going to nurture whatever she wants to do. He’s supporting her in anything that she wants to do. So, if she says she wants to sing, I know that Wayne is going to do everything in his power and help her fulfill that dream, and I’m going to be right there to nurture it.”

Reginae has had a little experience performing in front of big crowds; she was after all once a part of  The OMG Girlz. Though she has since departed from the musical group, Reginae continues to nurture her talents in a web series called “The Reginae show.”
VIDEOS: Watch Reginae’s web series called the “Reginae show”

What do you think? Does Wayne’s daughter have what it takes to become a star?