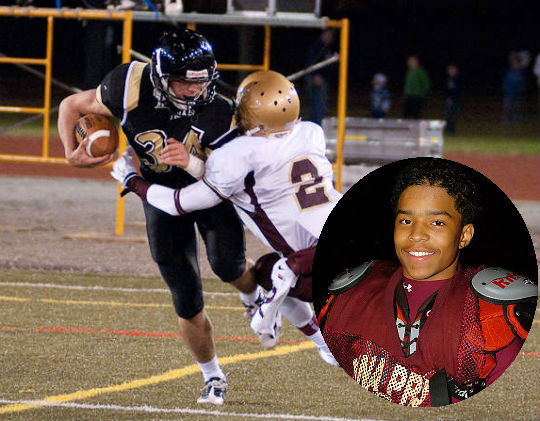 Justin Combs  has managed to become one of the top players on his high school football team without the help of his famous father’s name.

Justin’s coach Vic Quirolo’s says, “He’s just one of the guys. “You don’t look at him like [ Sean “Diddy’ Combs son] at all. I don’t think he’s wanted any special treatment. He’s down to earth.”

Justin’s response? “I don’t want to be treated different from anyone else,” says the 16-year-old. “I want to have the same treatment. I love exactly the way (Quirolo) put me through everything because it taught me just to work hard to move up the ranks and it taught me life lessons.” 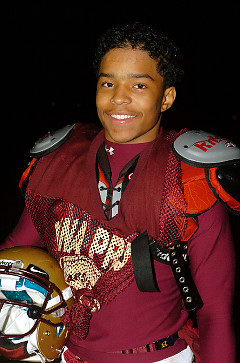 And what does Justin’s music mogul dad have to say about his son playing football?

“He wanted to go to the NFL, but he broke his leg his senior season, so his dreams got shut down,” Justin says of his dad Sean “Diddy” Combs. “So I’m living them for him right now. He just says, ‘Cherish every moment and every play and go as hard as you can.'”

Looks like all of Justin’s hard work is paying off.

“He’s more of a cover corner,” Quirolo says. “The physicality of the game, he has to work on a bit, but he’s a solid football player. We probably should have had him on offense this year as a receiver type, because he really is a nifty kind of runner. He’s elusive. He’s one of those guys that the game comes natural. He belongs on the field.”

CARMELO ANTHONY AND FAMILY GET SCHOOLED

CARMELO ANTHONY AND FAMILY GET SCHOOLED