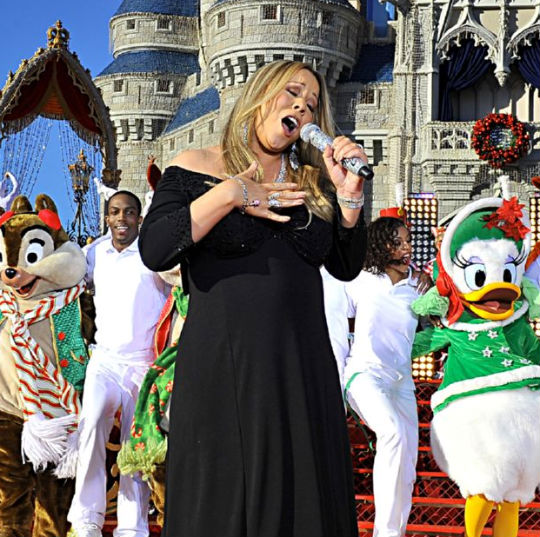 Expectant mom Mariah Carey is elated that her child won’t have to endure the same prejudices that she experienced growing up as a child of Irish-American and African American descent. The singer says that President Obama’s presidency, as well as other important events, has helped to make the world more accepting of mixed-race people.

“Having Obama in office and bringing a child into the world at this point is totally different than me feeling like an outcast when I was growing up and not feeling like it was OK to be ethnically diverse, and I can’t believe that we have arrived at this point within society,” she tells British Pride magazine.

She continues, “I think it’s a little bit easier now because the world has changed just in terms of identifying yourself. That always felt like a strange thing to me as a child, not looking the same as your own mother of father was a very different thing back then.”

The singer and her husband are expecting their first child in spring of next year.

Do you agree with Mariah? Is the world more accepting?

NEYO ON BEING A NEW PARENT: "FATHERHOOD IS THE MOST ENJOYABLE FEAR"