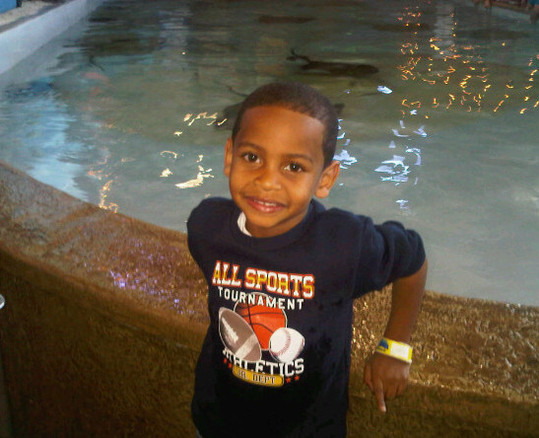 Three-year-old Kiyan Anthony is the apple of his mommy’s eyes. In a recent interview with Momlogic, Kiyan’s mom, television personality Lala Vazquez-Anthony, says that though motherhood is challenging, it’s also quite fun! Check out more snippets from her interview now!

On balancing her reality show with motherhood:
“I had him be as much a part of it as he could be. I know people are 50/50 when it comes to that, but it wouldn’t be my reality if you didn’t see my son. I’m a hands-on parent; I raise my son and I don’t hand him off to somebody else to raise him, so not having my son be a part of it would be a lie to the audience. He’s involved in everything I do. Kiyan is in school for a good portion of the day, so during those hours I knock out as much as I can. It’s all about managing your schedule and moving things around, just like any other working parent would do.”

She adds, “I try to make the bulk of my workday during Kiyan’s school hours so when it’s Kiyan-and-Mom time, he definitely has my undivided attention. I’ll carve out a couple of hours that day where there’s no phone, no BlackBerry — just he and I doing an activity that he wants to do. Kids live in our world, so they like to see you get engrossed in their world as well. Just taking the time out to be in their world makes all the difference.”

On how she is finding the “threes” with Kiyan , who is three years old:
“Fun and challenging all at once! Three is where they are finding themselves, so they have a lot of answers to things. It’s definitely challenging and fun, seeing his personality really blossom into what it’s going to be now. He said he can’t wait until he turns four, because then he can drive. I said, “You can drive?” And he said, ‘When I’m four I can drive and I can’t wait.’ ”

On the single most important lesson she teaches Kiyan:

“The most important, yet most simple lesson, is basically treating people how you want to be treated. As corny or cliche as it sounds, I treat everybody the way I want to be treated and treat everybody like a human being, whether they are at the bottom of the totem pole or the top — because in life, you’ll see those roles reverse so easily and so quickly. As you get older, you apply it differently, but the same rule works.”

BEYONCE: I'M "USED TO" ALL THE PREGNANCY RUMORS

BEYONCE: I'M "USED TO" ALL THE PREGNANCY RUMORS