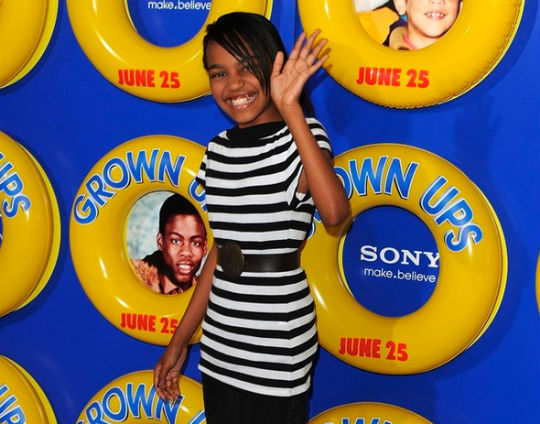 China Anne Mcclain, best known for her role on Tyler Perry’s House of Payne, is set to star in a new television series called Ant Farm.

According to the Hollywoodreporter, “The series introduces new talent China McClain. The 12-year-old plays middle schooler Chyna Sparks, a musical prodigy who gets into a gifted program called Accelerated Natural Talent at the local high school. Along with her fellow “ANTs,” she must navigate the halls of a new school of older kids who’re not particularly fond of grade-skipping newbies.  The13-episode project also stars Sierra McCormick (Ramona and Beezus), Jake Short (Dexter), Stefanie Scott (Flipped) and Zach Steel.”

Production on the series will begin in early 2011.

REAGAN GOMEZ AND HER HUSBAND ARE EXPECTING A BABY...?