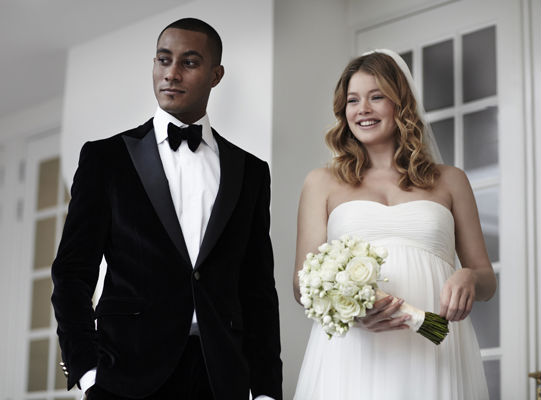 Model Doutzen Kroes and DJ Sunnery James married this past weekend. The couple married in a lavish affair  in the Netherlands, where Kroes resides.

Reports website Modelina, “For the ceremony, Doutzen chose to wear a white strapless wedding dress by Spanish designer Pronovias, complete with a veil accenting her loose curls. Sunnery proposed in January and the couple announced that they were expecting their first child in July. While the newly married pair will be spending their honeymoon vacationing on an island north of Madagascar, Doutzen’s bringing her charitable spirit to the idea of gifts. Instead of wedding presents, she’s asked that donations be made to dance4life or the World Wildlife Fund.”

Doutzen is due with the couple’s first child, a baby boy, in January.