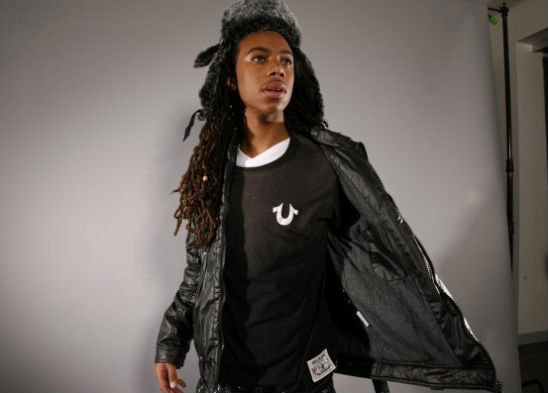 16-year-old rapper Issa Thompson, who was just signed to Jive Records in September, became the youngest rapper to ever sign with the record company:

Issa was raised in a musically-gifted family, which includes his father, a rapper; and his grandfather, a pianist and singer, so it’s only normal that Issa would have an inherent talent for music, too.

“It runs in my genes. It runs through my blood. Music is just something that comes natural. It’s something that I love to do,” says Issa, a [16-year-old] honor roll student at Grady High School in Atlanta.

Issa’s style of rap is a combination of East Coast and Southern hip hop. His music harkens back to KRS One, Rakim and Lil Wayne. But the stark difference is that Issa’s lyrics are clean enough for a 10-year-old child, yet edgy and raw enough to be played in nightclubs. During his career, Issa has shared the spotlight with several well known rappers including Souljah Boy. Issa, whose resume includes modeling and acting, has appeared in several videos including Nappy Roots’ “Good Day,” and J-Money’s “First Name, Last Name.”
Issa says it’s a compliment to be compared to rap music legends, but his goal is to make his own mark in the rap music industry. (Source)