Home » NEWS » ALICIA KEYS IS IN BLISS OVER BABY BOY

ALICIA KEYS IS IN BLISS OVER BABY BOY 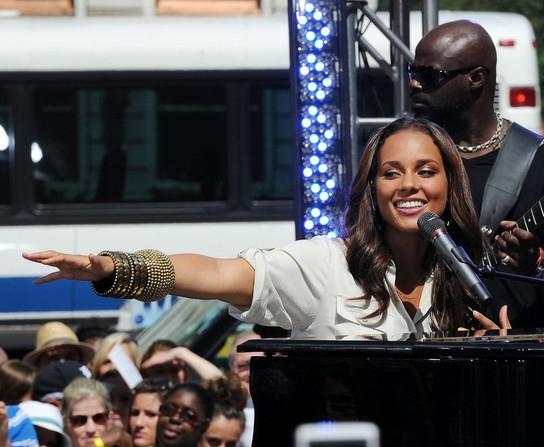 Alicia has taken to social networking site Twitter to express her joy at giving birth to her first child nearly four days ago.

“There is no word to properly describe LOVE, to describe BLISS, to a express a FEELING like this!!!” Keys gushed. Thank U 4 your love, support and prayers!” she added.

“Much love for all the support everybody been showing but I want to shout out my wife for being bigger then SUPERWOMAN!”

The couple welcomed their son Egypt Daoud Dean in NYC on October 14th, 2010. They married in a private ceremony in July on the Mediterranean Sea.

HENRY HAS A NEW HAIRDO