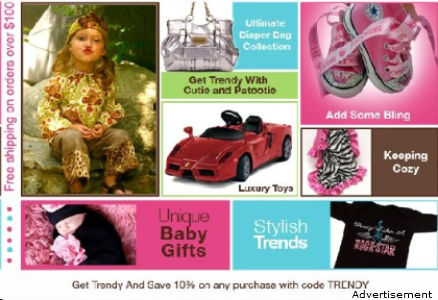 Seal’s fourth child Lou Sulola turned one this past week!

Seal talks about his commitment to his family[ABCNews]

Ziggy Marley talks about how his kids has inspired him[Independent]

Mary Louise-Parker says her kids have the acting bug[Examiner]

Keke Palmer dishes on music, family, and her television series[Examiner]

African-American children have the highest rate of food allergies[Businessweek]

Cutie and Patootie is giving 15% off to all BCK readers. Head over there now!