Home » NEWS » VIDEO: TAYE DIGGS TALKS ABOUT HIS SON BEING A BLACK JEW 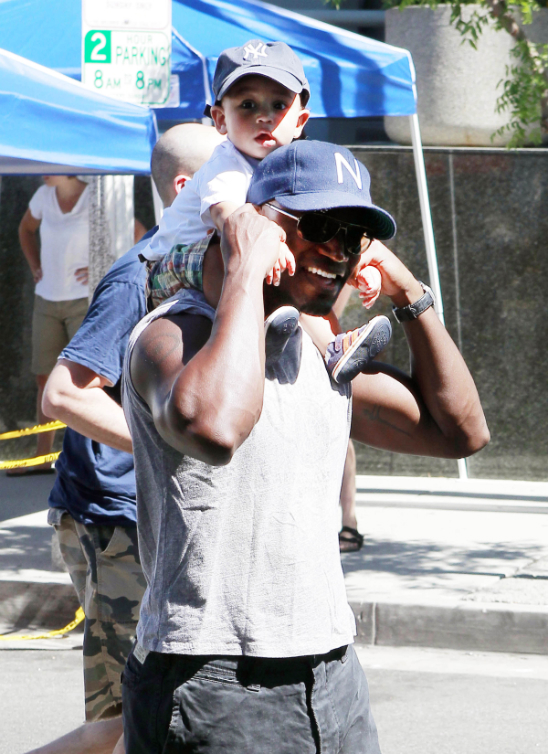 ‘Private Practice’  star Taye Diggs appeared on the Chelsea Lately (weeknights, 11PM ET on E!)  this week.   While on the show, Taye talked about his wife Idina Menzel, their dog, and their son Walker Nathaniel,1, who “by tradition [is] Jewish, right, if the mother’s Jewish,” reveals Taye.

Video Highlights:
-Taye talks about his son being a Black  Jew
-His new tattoo featuring his son’s name
-His favorite Sesame Street character
-Talks about his dog being named Sammy Davis Jr.

WILL SMITH CHEERS ON HIS SON