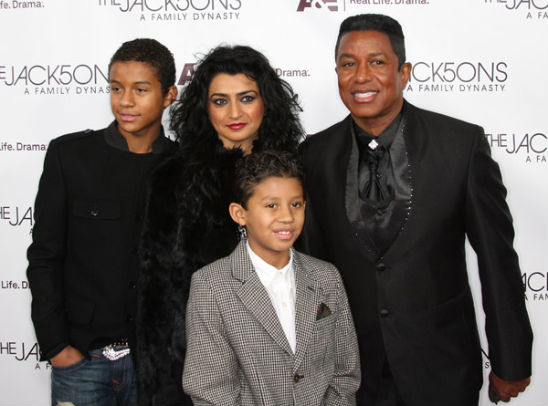 The failing economy has hit musician Jermaine Jackson in the pocket big time! According to court documents, Jermaine can no longer afford to pay the expected amount of $3,000 a month in child support for his sons Jaafar and Jermajesty because his monthly income is under $1,100.

As such, Jermaine has appealed to a judge in California to reduce his support payments to $215 a month.

Reports TMZ, “According to the docs, Jermaine made a onetime appearance on “Big Brother” back in 2007, raking in a handsome $450,000 for his troubles — but since then, Jermaine claims his business has floundered.  Jermaine claims his baby mama Alejandra not only earns more than him … but she gets a free ride along with his kids at the Jackson compound, thanks to Katherine’s generosity. Katherine has asked Alejandra to move her family into a nearly Jackson condo but Alejandra has refused and Katherine won’t put her foot down.”