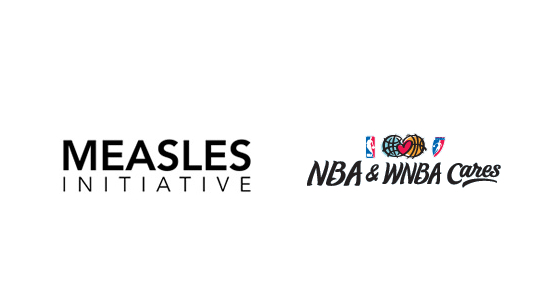 Celebrity parents Candace Parker and Dikembe Mutombo have partnered up with Measles Initiative to increase awareness of the number of measles mortality around the world:

“Established in 2001 by the American Red Cross, United Nations Foundation, UNICEF, US Centers for Disease Control and Prevention, and the World Health Organization, the Measles Initiative represents one of the world’s most successful partnerships in public health, aiming to reduce global measles mortality through mass vaccination campaigns and by strengthening routine immunization overseas.

“More than 700 million children in 60 countries have received a measles vaccination supported by the Measles Initiative, and largely as a result of its efforts, measles deaths have decreased by 78 percent, saving an estimated 4.3 million lives globally.”

PERRI JONES: "ANYTHING IS POSSIBLE"