Home » NEWS » MASHONDA TO ALICIA KEYS: YOU ARE NOT MY SON’S “UMI”

MASHONDA TO ALICIA KEYS: YOU ARE NOT MY SON’S “UMI” 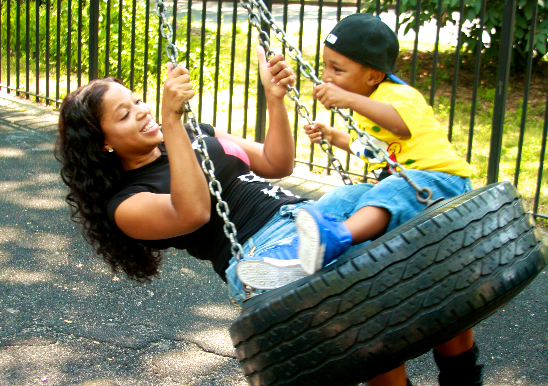 Singer Mashonda is covering the new October issue of Sister 2 Sister Magazine. In the issue, the singer talks about her former husband Swizz Beatz(and their son Kasseem Jr.,3,), his pregnant wife Alicia Keys, and much more.  Here is an excerpt from the issue:

On Swizz and Alicia’s affair:

Mashonda: We were married. Sleeping in the [same bed]  every night while he was seeing Alicia. Okay? It was an affair. 100 percent. I don’t know why people want to change that rule so much. We had just had a kid, for crying out loud. Our child was 8 months. I found out about Alicia two days before my son turned 1. They had been doing their thing for months before that.

On why she continues to speak about it if she’s moved on:

Mashonda: People ask me why am I still talking about this and why don’t I just leave it alone. I’m like, this is going to help somebody. My story is a universal thing. This is not just something that only happened to me: This happens to women every day. Mine was just ugly. If I can help the next woman get through and be positive, then I’m going to talk about it.

On Alicia Asking Kasseem Jr. to call her Mommy

S2S: You said that Alicia wanted your baby to call her “mommy”. How do you know that she said that?

Mashonda: My son told me.

S2S: And you told her that is not going to happen?

Mashonda: Yeah. I sent her an email and asked her to please respect what I am to him and it’s not right for her to think that is okay. She never replied. She doesn’t reply to me. She has never given me that respect.

S2S: What does Swizz say?

Mashonda: He said okay, he would stop it. He wouldn’t let her do it.

S2S: That would be kind of confusing for the child.

Mashonda: Oh, it is. It is so unfair to the child. I have been in contact with the little girls mother (the woman in England who has Swizz’s baby). She’s a young girl. She’s a spiritual girl. She apologized to me… I don’t even judge her. I can’t. She’s totally different than the other one. This other one knew. Alicia knew about me 100 percent. Swizz introduced me at prior events. They were signed to the same record company. She knew. And I emailed her and asked her to stop doing what she was doing and she disregarded me. Just like she disregarded me when I asked her to not have my son thinking it was okay to call her “umi.” You’re not his umi. You just met my son.”

S2S: “Umi” is like “mommy”?
Mashonda: “Umi” means “mommy” in Arabic. I’m like no. And then after I spoke to the lady in London, she told me that she tried to get her daughter to call her “umi” as well.

S2S: She’s met the lady in London?
Mashonda: Yes. I’m glad she’s having her own child now because now she will have someone to call her “umi”.

S2S: Wow.
Mashonda: Like, if you want to be a stepmother, that’s great. Be a

Pick up the latest issue of Sister2Sister for more!

RAPPER THE GAME HANGS OUT WITH HIS BOYS

RAPPER THE GAME HANGS OUT WITH HIS BOYS