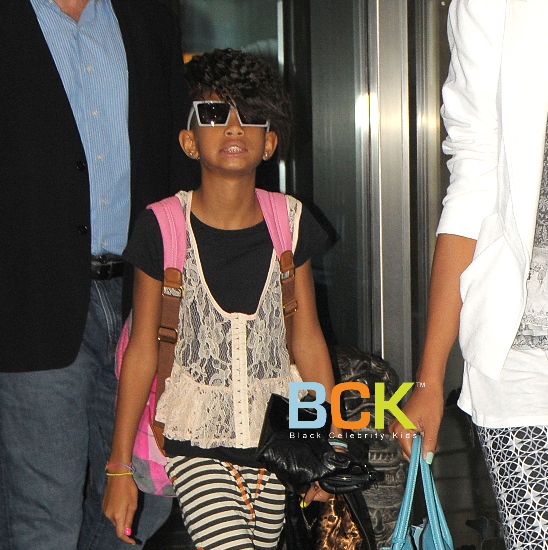 Willow Smith (born October 31, 2000) was spotted outside of her hotel in New York City yesterday. The trendy tween was accompanied by her parents Will Smith and Jada Pinkett-Smith.

“She’s a rock star, through and through. She likes everything to have that kind of rock ‘n’ roll feel to it. Instead of ballerina flats, for instance, she’ll wear motorcycle boots,” stylist Mariel Haenn recently said of child star Willow Smith’s style.

“Willow is definitely inspired by Rihanna’s style,” Mariel adds. “We make an effort to give Willow her own style, so as not to be a mini-version of Rihanna, but Willow really knows what she likes and what she doesn’t like, and she’s vocal about it.” 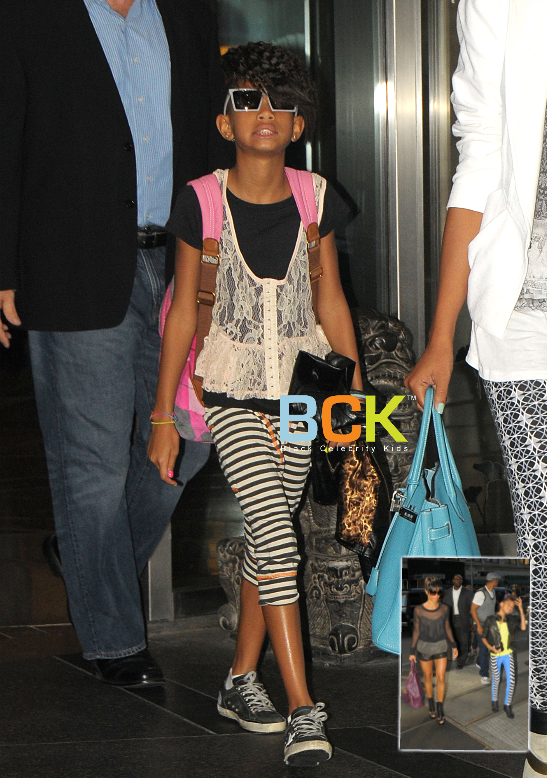 THE OMG GIRLZ+REGINAE CARTER REUNITE FOR A GOOD CAUSE