WENDY WILLIAMS TALKS TO SON ABOUT THE BIRDS AND THE BEES 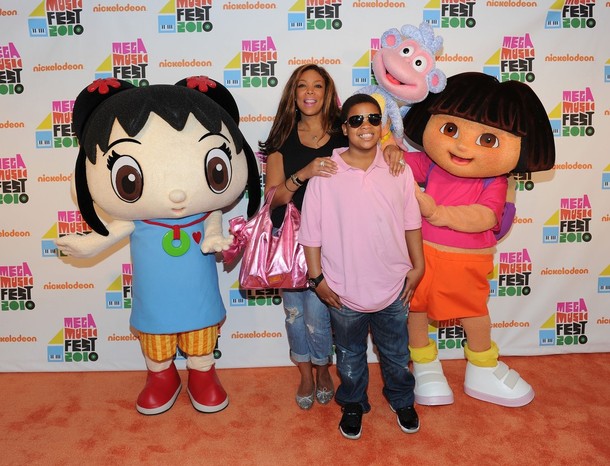 Talk show host Wendy Williams has no qualms about talking to her young son Kevin Jr. about the birds and the bees.

“He’s going into fifth grade, so he asks questions about sex and he asks questions about tattoos,” Wendy tells Ok! magazine. “Being that he’s only nine, about to be ten, and going into fifth grade, we don’t give him more than he needs to know about sex or racism, but we tell him what is appropriate for the questions that he’s asking. We don’t operate with ‘shut your mouth – we’ll talk about that when you get older.’ No! If he’s asking now, apparently it needs to be addressed. We work with him to bring him into young manhood, and then manhood.”

And it seems that Kevin Jr. is already embracing his manhood with talks of a tattoo and a mohawk?

“He wants to get a mohawk to round out the summer,” Wendy explains. He doesn’t ask questions about fashion – we don’t really have that yet, because he wears a uniform. But yeah, life, liberty, the pursuit of happiness.”

She adds, “He’s not allowed to get a tattoo now, but I’m sure that he will probably get a tattoo at some point in his freshmen year in college.”