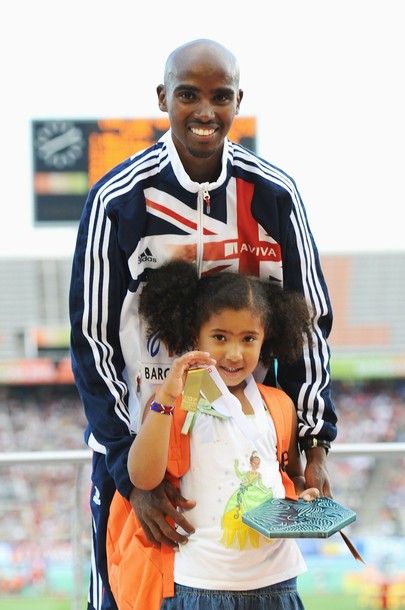 Somali-born British international track and field athlete Mo Farah posed with his daughter Rihanna,5, as he received the gold medal in the Mens 5000m during day six of the 20th European Athletics Championships at the Olympic Stadium on August 1, 2010 in Barcelona, Spain.

“It just meant so much,” Mo said of his championship. “I’ve worked so hard. I’ve spent so much time away from my family, up in the mountains training with the Kenyan guys, living a normal, simple life where you go into a training camp and the boys are cooking in a little pot on an open fire and you have to share a room with three guys.

DRE HAS A 'TRULY' FANTASTIC TIME AT THE BEACH

DRE HAS A 'TRULY' FANTASTIC TIME AT THE BEACH