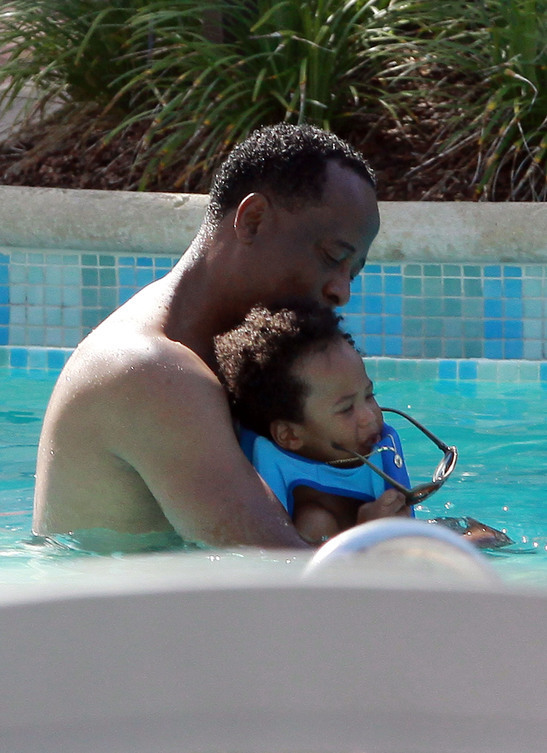 Dr. Conrad Murray, who is famous for being the late Michael Jackson’s personal physician, enjoyed his free time in Miami, Florida on July 30, 2010 with girlfriend Nicole Alvarez and his 7th baby Che Giovanni Murray.

Conrad is the only doctor charged with involuntary manslaughter in Michael Jackson’s death investigation. He is suspected of administering an overdose of a sedative called Propofol that killed Jackson, who died on June 25, 2009. Murray pleaded not guilty to manslaughter in February and is awaiting trial this month.