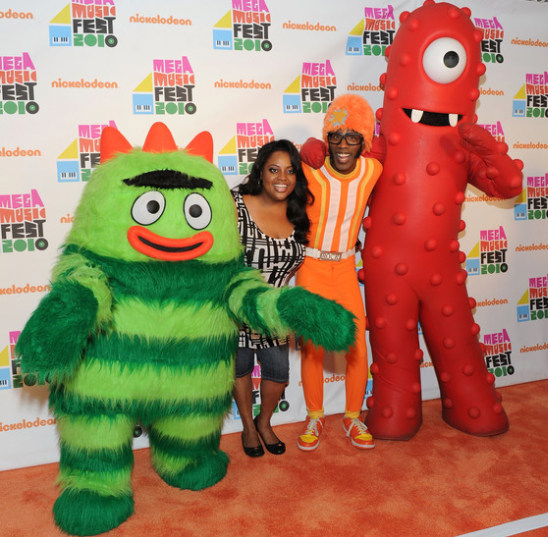 Having authored book Permission Slips: Every Woman’s Guide to Giving Herself a Break

, Sherri Shepherd knows firsthand that guilt comes with the territory of parenting. However, the mom of five-year-old Jeffrey says that she does not allow herself to be consumed by guilt.

“There’s no [parenting] manual. Every parent I’ve asked has a different way of raising their child. I’ve stopped asking my family [for advice] because apparently I’m doing everything wrong, especially according to the ones down south. I know that I love my son, I have the best of intentions, and that if God didn’t approve then Jeffrey wouldn’t have fallen out of my uterus. I’m trying to do the right thing, and I’m not going to fall into the guilt — especially living in New York. Trying to find Jeffrey a kindergarten and listening to parents say, “Oh my son speaks French,” I’m like, “My son has a ball and a stick,” and that’s good enough for him. For me, I’m just glad my little miracle baby is here.”

Sherri says that  her biggest parenting challenge is “getting over the fear of if I’m doing it right. Jeffrey was born at five months, so his odds of survival were very low. And even with survival, they predicted he was going be severely retarded or have cerebral palsy — none of that has come to pass.”

She adds, “He has learning disabilities, and sometimes I don’t want to put too much on him, but I have to challenge him because kids only go as far as you expect them to. I have to get over that Jeffrey is not a tiny little baby who can fit in my hands with tubes coming out of him. The thinking, talking, running — it [goes against everything] the doctors said, and it’s okay if he falls off the swing. I just don’t want him to get hurt.”

Read More of the interview at Babble.com.

LUKE CAMPBELL: "I LOVE MY CHILDREN"; MY COMMENTS WERE EDITED

LUKE CAMPBELL: "I LOVE MY CHILDREN"; MY COMMENTS WERE EDITED