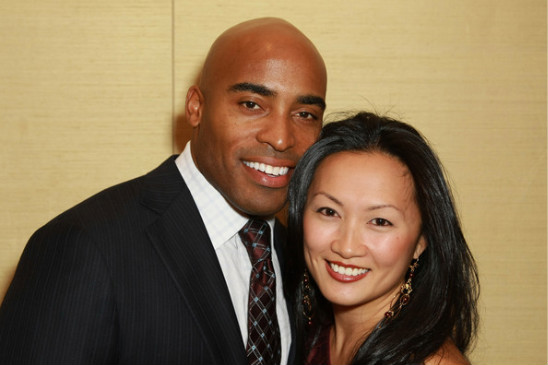 “For privacy reasons, we decided to not make the announcement until now. Ginny wishes to thank everyone across the city who has offered their best wishes,” says Jesse.

“She is excited to welcome these new additions to the Barber Family.”

Last month, Tiki, who reportedly left his wife for another woman while his wife was eight months pregnant with their twins, confirmed that he and Ginny are headed for divorce.

PUPPY LOVE: HALLE BERRY AND NAHLA OUT AND ABOUT

PUPPY LOVE: HALLE BERRY AND NAHLA OUT AND ABOUT