Home » NEWS » DIGGY SIMMONS: MY FAMILY IS VERY SUPPORTIVE OF MY MUSIC

DIGGY SIMMONS: MY FAMILY IS VERY SUPPORTIVE OF MY MUSIC 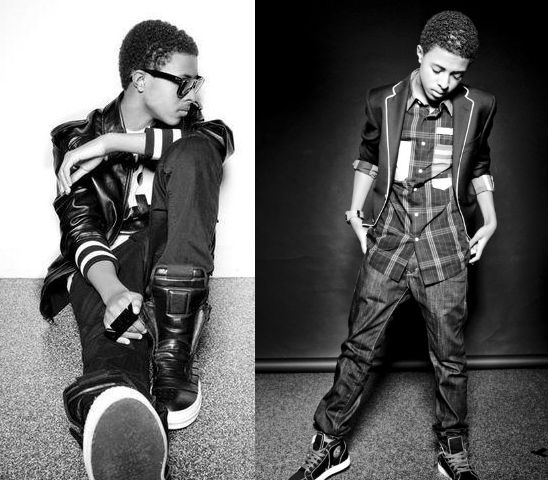 15-year-old Diggy Simmons talks about his music, his ventures, and his family in a new interview with HipHopwired:

On how long he has been rapping:

“Well I started rapping when I was like 5 years old. I had somebody writing for me and I had negotiations down on the table and stuff kind of fell through, I was like 8 or 9, and then I stopped. Then like early 2009 I just got back into it, just writing acapellas and doing stuff over relevant instrumentals and recording on Garage Band, and now it’s really serious and I’m doing my thing.”

On whether or not he writes his own lyrics:

“Yes, well I write all my own lyrics from my own hooks to my verses and all that.”

On using the “N-word” in his music and what it means to his family:

“Of course they have the Christian values and we don’t consider it as a curse so much. We don’t say it around the house, but it’s not like me saying the F-word or the S-word, you know it’s just something that existed in Hip-Hop forever and it was more so of a choice to say. It’s not something that I drop fluently all the time, it was more of a decision made by myself, and my parents always still instill those Christian values in the whole entire family.”

On whether his family had reservations about him rapping:

“Nah, not at all. They’re real supportive of everything I do and real proud that it’s something I’m pursuing. They never necessarily tell us what to do, but while we’re doing it they’re very supportive.”

On whether his big brother JoJo gives him advice and whether or not Jojo is still doing Team Blackout:

“You know what, I’m not even sure.  I hear some tracks from them and some tracks of JoJo solo but same thing, JoJo is just more supportive than anything.  He’s real proud and one of the first people that congratulated me, even though he wasn’t there at the signing.”

Read more of the interview at HipHopWired.com.

SEAL AND SONS: BOYS NIGHT OUT

SEAL AND SONS: BOYS NIGHT OUT