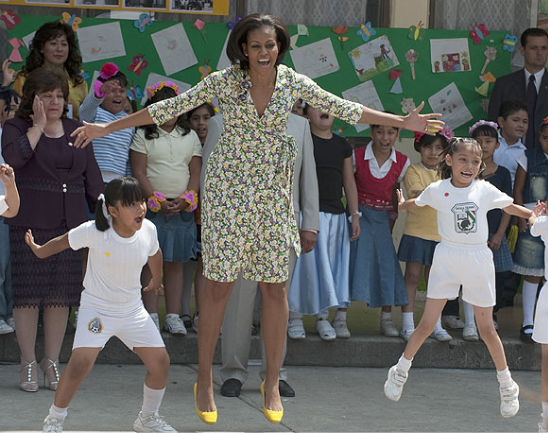 First lady Michelle Obama has revealed that she and President Barack Obama limit how much time they allow their kids to be online.

“[I]n my household, you know, we try to establish a set of guidelines and rules that make sense – no computers, phones, television during the week,” the first lady said on Wednesday.

The first lady also expressed her concerned about the dangers of social networking sites such as Facebook.

“We talk a lot with [our daughters] about the dangers of Facebook and sort of getting into that social networking kind of gossip mill or, you know, that – that comes from those activities,” the first lady said, “[W]e spend a lot of time talking to our kids. And fortunately, more schools are understanding the challenges and they’re doing more to educate families, as well as parents and children, about the pros and cons of excessive use of the Internet and all these new networking technologies.”

Mrs. Obama is currently in Mexico in an effort to launch an international agenda of outreach to young people.

THE JACKSON KIDS 'SNAPPLE' INTO SHAPE