KEVIN GARNETT AND HIS ALL-STAR FAMILY 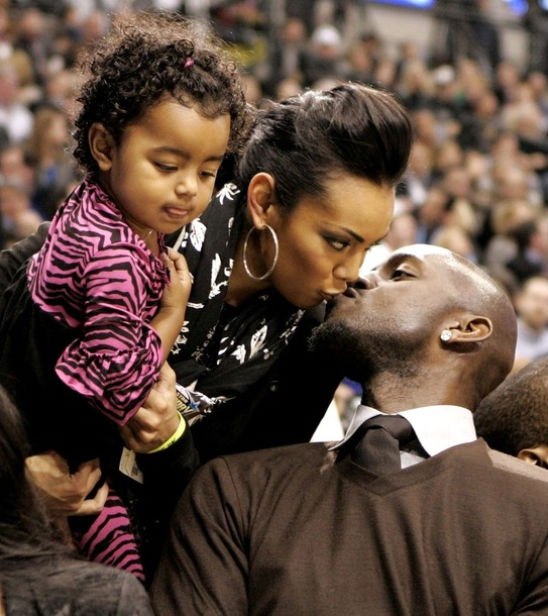 NBA player Kevin Garnett of the Boston Celtics is pictured with his wife Brandi and their daughter “Peanut”(born April 2008) at the All Star Saturday Night event during 2010 NBA All Star Weekend on February 13, 2010. 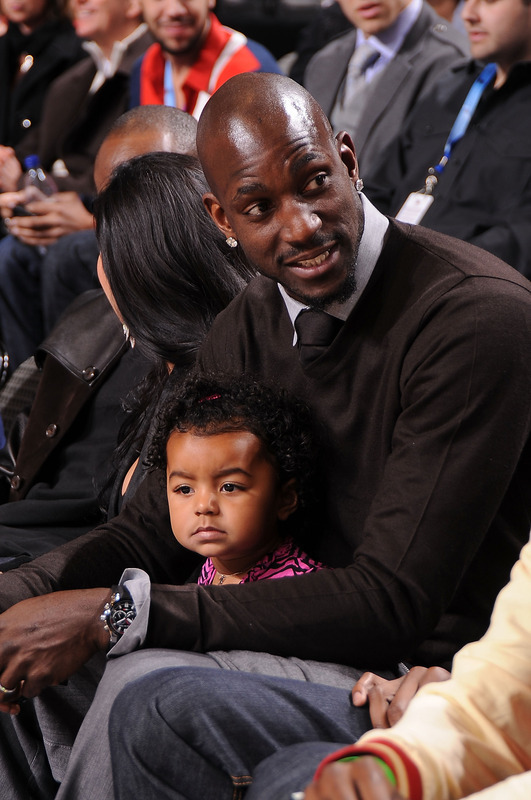 When in public, Kevin chooses to call his daughter “Peanut” in lieu of her birth name, which has yet to be released.

“That’s my way of having code in speaking to the people that mean the most to me. And them not having their own personal names out, because I’m a nickname freak, and a lot of times when I’m doing an interview I always like to say hello, but sometimes I just throw the nickname in there and they know exactly who they are (source).”

Brandi is the sister-in-law of record producer Jimmy Jam. Jimmy is married to Brandi’s older sister, Lisa Padilla.
Click here to see a picture of Jimmy Jam and family at the same event

JIMMY JAM AND HIS ALL-STAR FAMILY

DIDDY HANGS OUT WITH HIS SONS DURING ALL-STAR WEEKEND

DIDDY HANGS OUT WITH HIS SONS DURING ALL-STAR WEEKEND