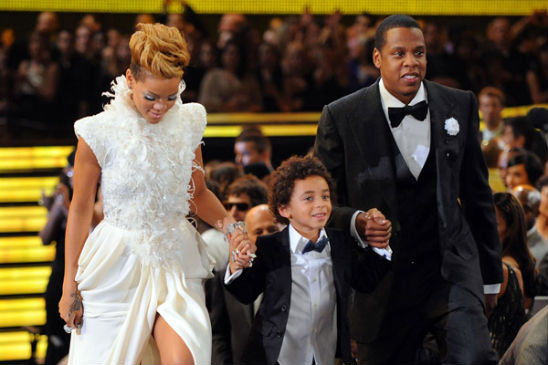 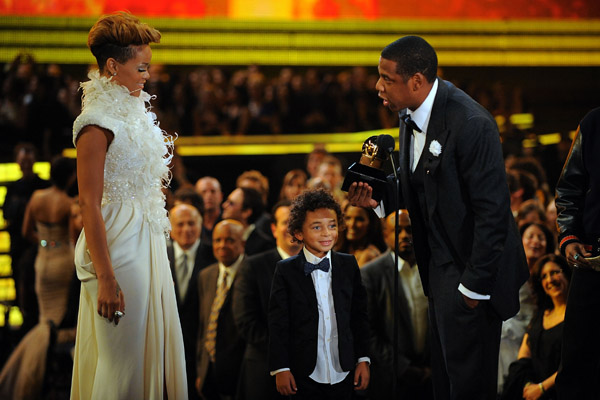 When singer Rihanna asked young Julez if he wanted to speak into the microphone, he replied emphatically, “No Thanks!” Click here to watch the cute moment with Julez. 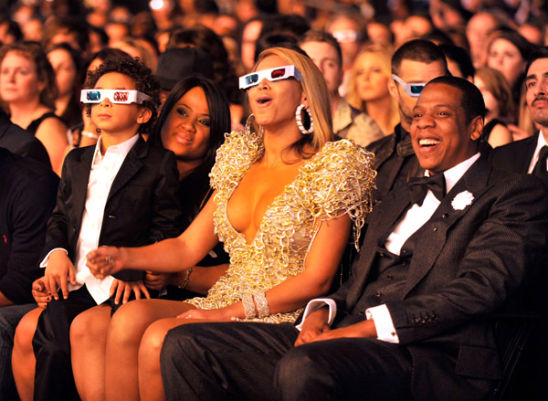 Julez’ Aunty Beyonce was, of course, in attendance. She won a slew of awards. Meanwhile, Solange could not make it and tweeted the following:

“Gave away my Grammy ticket to eat Brazilian food and wear zebra leggings and a Biggie t-shirt.” She later added, “Rewinded Julez saying ‘no thank you’ fifty eleven times.”

VIDEOS: BRIA MURPHY, THE JACKSONS, THE FOXX FAMILY, AND JULEZ

VIDEOS: BRIA MURPHY, THE JACKSONS, THE FOXX FAMILY, AND JULEZ