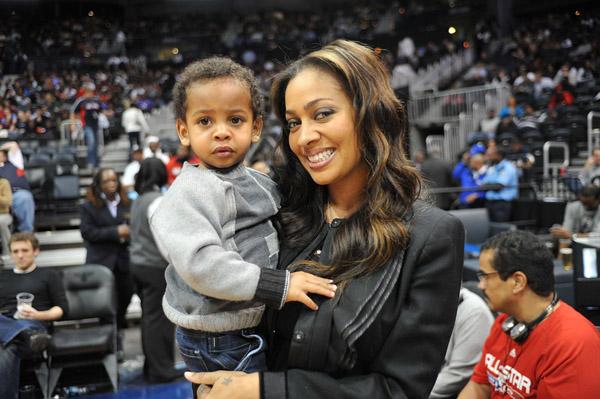 Lala Vazquez, the soon-to-be wife of NBA player Carmelo Anthony, recently wrote a personal essay called “Yo Soy Boricua”. In the essay, the Latina talks about being Puerto Rican, but looking “black”. She asks the question that many have asked, “When does being black and being Latina have to be mutually exclusive?” Lala concludes the article by saying that she hopes to raise her son to “understand who he is.” Read the entire personal essay below.

“Yo Soy Boricua” by Lala Vazquez:

“A lot of people don’t realize that I’m Latina, which is fine. One thing about being Latina is that there isn’t one look that comes with the territory. I don’t expect people to know my cultural background just by glancing at me. I do, however, expect that when I tell people my family is from Puerto Rico, that I will be believed and not accused of trying to be something that I’m not. It usually goes something like this: a person having a conversation with me discovers one way or another that I’m Puerto Rican and fluent in Spanish. That person then expresses their shock over these realizations for any number of reasons–common responses are, “You don’t look Latina” and “I thought you were black!” I never said I wasn’t black. And since when does being black and being Latina have to be mutually exclusive?

In my experience, people tend to have an uninformed and rather narrow view of what it means to be Puerto Rican. For me, not looking like some people’s idea of a typical Latina has been challenging and often painful. I constantly find myself trying to justify who I am, and why should I? I’m proud of my heritage and my family. Both of my parents are from Puerto Rico. They raised two kids in Brooklyn and later in New Jersey, where we ate arroz con gandules and pasteles and listened to salsa music. I feel just as at home in Puerto Rico, where I still have tons of family, including aunts, uncles and cousins. Puerto Rico is in my blood. And that has nothing to do with the color of my skin.

I’m not angry with anyone who doesn’t understand the complexities of race and culture. And I’m also not interested in having long, drawn out conversations about how it’s possible for me to look like this and speak Spanish. In fact, sometimes I make it a point not to mention my parents’ birthplace because I don’t always feel like having the inevitable discussion that follows. Instead, I let people look at me and come to their own conclusions. As I start to get my feet wet in Hollywood, I already know that there are certain parts I won’t even be considered for. The character can be Puerto Rican and speak Spanish just like me, but Hollywood defines Latina as Jennifer Lopez and Sofia Vergara. As beautiful as they are, we’re not all one race in Latin America. But I don’t go to auditions so that I can give history lessons to film executives. I’d rather skip the entire process.

I’m raising my son to understand who he is, and it’s my hope that he’ll never let others define him. It reflects poorly on us when we don’t educate ourselves about the rest of the world and what it looks like. I encourage people who are interested to learn more, do research and ask informed questions. If you’re lucky enough to visit various countries in Latin America, you’ll be baffled to see the blackest of the black and the lightest of the light living together. And I dare you to ask one of them to prove their latinidad.“