Home » NEWS » KIMORA: KENZO IS MORE LIKE HIS DAD 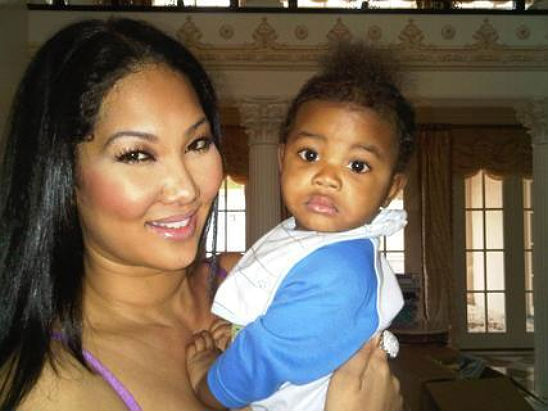 “He’s like his dad, I think,” she told Usmagazine at the TCA Comcast party in Pasadena, Calif., last Friday. “His dad’s more steely and quiet. He doesn’t put up a big fuss.”

The Life in the Fab Lane star adds that  she can already tell that Kenzo is going to be different from her two daughters, Ming Lee, 9, and Aoki Lee, 7 .

“He’s not that old yet for me to know for sure, but I can tell you from the older ones, girls are made of sugar and spice and everything nice,” she tells Us. “Girls are more emotional, but guys are raised to be less emotional.”

“Girls, whatever you’re doing, they want it — the makeup brush, the doll, the this, the that. He’s just kind of cool. He wants his stackable cups or his rubber trucks. He’s very manly!”

“I’m trying to turn him into a momma’s boy.”

UPCOMING:DAMON WILLIAMS IS A MILLIONAIRE IN THE MAKING