NEWCOMER ELIZABETH M. DAMPIER AT THE PRINCESS AND THE FROG PREMIERE 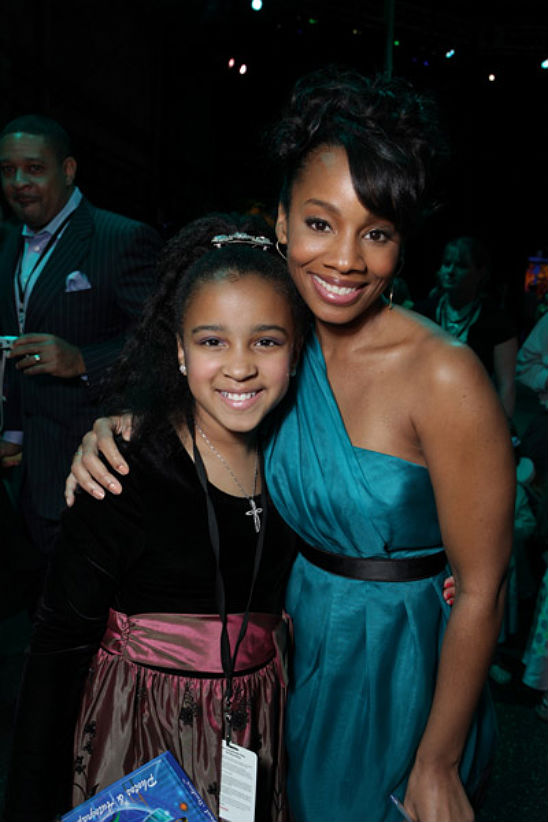 Newcomer Elizabeth M. Dampier,10, is pictured with actress Anika Noni Rose at the World Premiere of Disney’s “The Princess and The Frog”  on November 15, 2009.  Elizabeth Dampier voices young Tiana in the movie.

“Well I had many open call auditions and they called me and I came out to L.A,” Elizabeth said in a recent interview with the Grior.

According to her parents, Jeanna (a molecular biologist) and Reggie Dampier (a local optometrist), Elizabeth has always been a star.

“From day one we knew she had the ability to entertain and then with her academic skills, she is able to memorize things well so they came hand in hand and make her a good actress,” said Reggie.

The child star  is also a straight A student at St. Richard Catholic School.