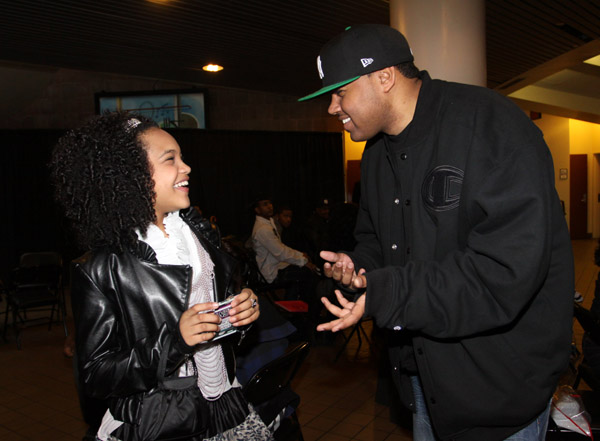 The Young actress is currently featured in film Law Abiding Citizen. In the film, Emerald plays the role of Denise Rice, the daughter of Nick Rice(actor Jamie Foxx) and Kelly Rice(actress Regina Hall). Thus far, the young actress has starred in a number of commercials, television roles, and theater roles. To learn more about Emerald, head to her website Emerald-AngelYoung.com

MARTIN LAWRENCE AND DAUGHTERS AT MICHAEL JACKSON'S THIS IS IT PREMIERE