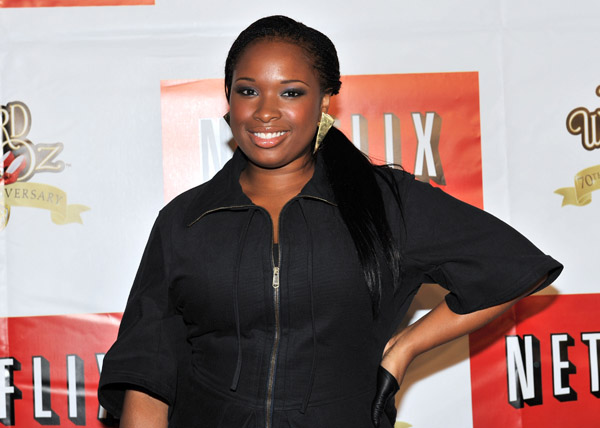 New mom Jennifer Hudson is as proud as they come. The Grammy-winning singer says that her two-month-old son David Daniel Otunga Jr  is “the best.”

“He’s the cutest thing in the world! There are no words for it. He’s the best. It’s just amazing – us discovering each other, me becoming a mom.”

“He seems like he’s very interested in music already. The other night he was having a fit screaming, and someone turns on the music and he just stops and calms down. And I was exactly the same way as a baby,” said Hudson, who played “Let It Be Me,” her collaboration with Rod Stewart, to calm her son. “Sometimes when he cries, I try to harmonize!”

Right now, Jennifer and her fiancé David Otunga are looking forward to sharing Halloween with their newborn.

“It’s going to be ridiculous. I can’t wait,” she gushed. “His dad went and bought him some Halloween stuff the other night. I wish he was older so he could remember it, but this is the first one, so I have to go all out. It’s going to be great.”

Picture of Jennifer Hudson taken at the Netflix outdoor concert and movie screening at the Rumsey Playfield, Central Park on September 29, 2009 in New York City.

STEVEN SPIELBERG AND DAUGHTERS WHIP IT UP

BOXER JEAN PASCAL TRIUMPHS WITH HIS LITTLE ANGEL BY HIS SIDE

BOXER JEAN PASCAL TRIUMPHS WITH HIS LITTLE ANGEL BY HIS SIDE