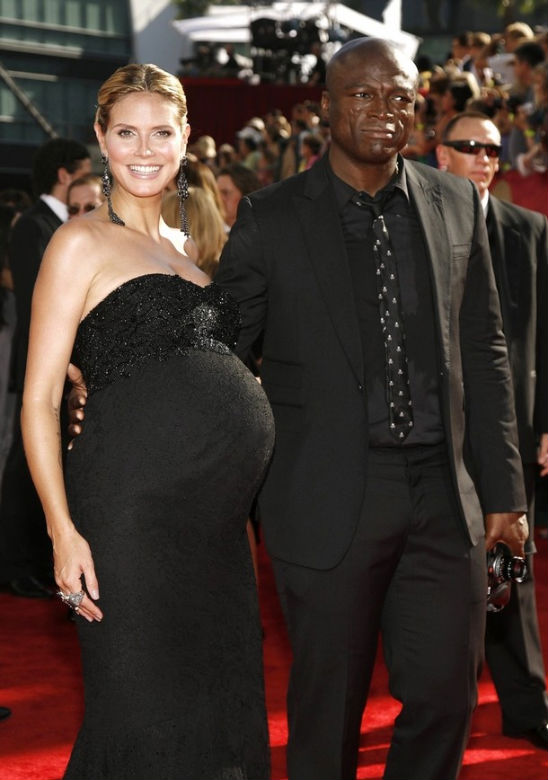 A pregnant Heidi Klum was joined by her husband Seal as she arrived at the 61st Primetime Emmy Awards on  September 20, 2009 in Los Angeles, California. The couple, dressed in all black, posed on the Emmy’s red carpet for several shots and even stopped to get some candids of their own.

“The great thing about being pregnant and going to these things is that I don’t have to suck my stomach in. It’s fabulous! I can let it all out,”   the supermodel said at a Pre-Emmy’s party. 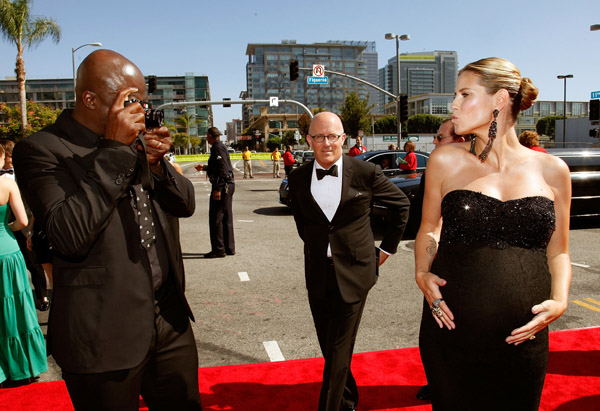 Heidi, who was dressed in a one- of-a-kind Marchesa gown, said that she wanted a dress that would slim her expanding figure.

“It’s black because I figure, at eight-and-a-half months, black is better! I think it’s elegant and it’s slimming.”