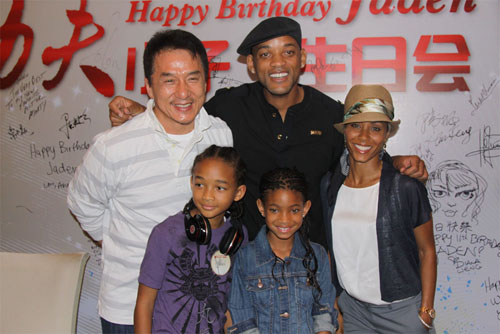 L to R:Jackie Chan, Will Smith, Jada, Willow(C) and Jaden 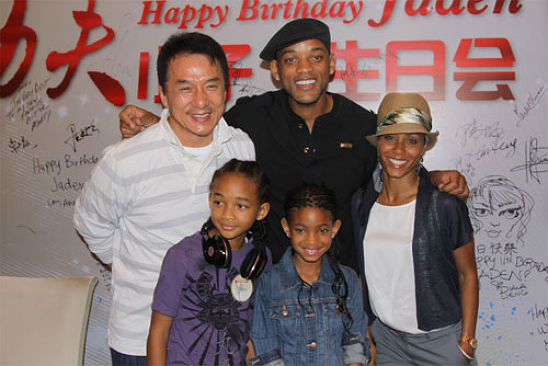 In July, Jackie Chan threw a surprise birthday party for Jaden. See flicks from Jaden’s birthday as well as other pictures of Willow Smith,8, Will Smith, and Jada Pinkett-Smith below.