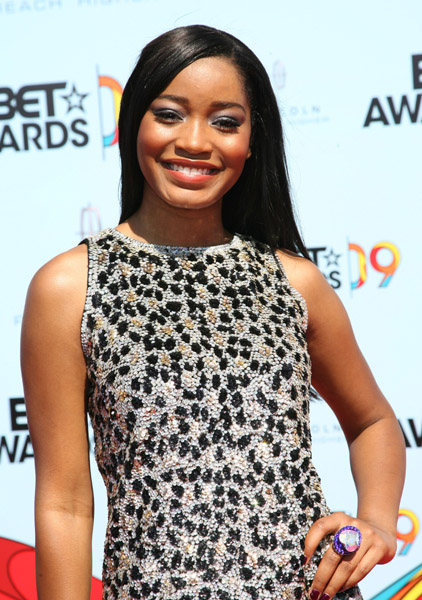 During the presentation, Keke Palmer sang a rendition of “Who’s Lovin You”, as a last minute tribute to Michael Jackson. Keke said via twitter yesterday:

“It was such an honor to sing ‘Who’s Lovin You,’ they asked me at the last minute and I said yes, could not refuse a tribute to Michael.”

LISA RAYE AND DAUGHTER AT THE BET AWARDS 2009 SHOW

LISA RAYE AND DAUGHTER AT THE BET AWARDS 2009 SHOW