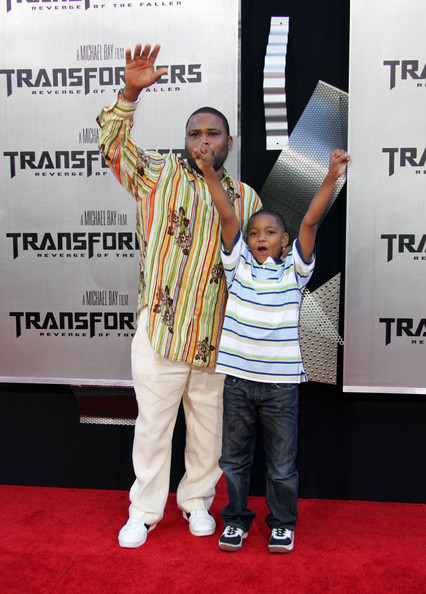 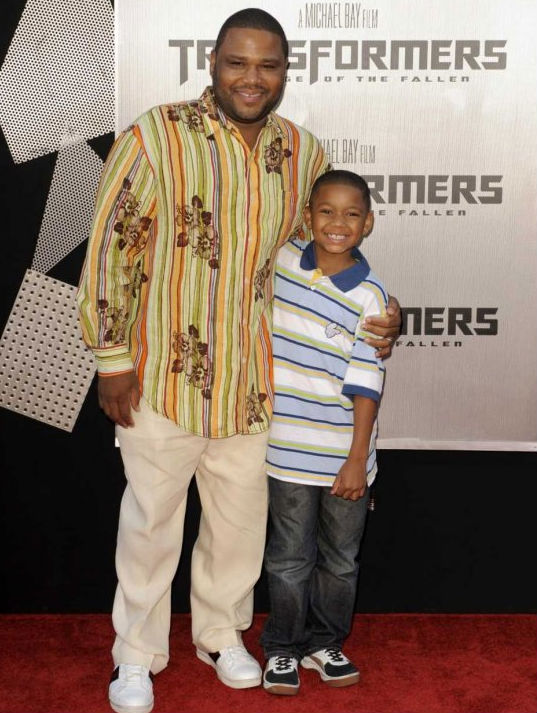 Actor Anthony Anderson and his son Nathan,9, attended the premiere of Dreamworks’ “Transformers: Revenge Of The Fallen” held at Mann Village Theatre on June 22, 2009 in Los Angeles, California.

In his spare time, Anthony likes to play golf with his kids. This is what the dad of two had to say about golfing with his son Nathan and his daughter Kyra.

“[Nathan] has two sets of clubs, so he’s gone up and taken golf lessons and little golf camps and things like that. My daughter, who’s 13, just wants to drive the cart while we go out and play. I don’t force it on them, I’ve introduced it to my son, and he’s sort of backed off on it as of late, but if he wants to do it, he’s more than welcome to play. I’m not one of those fathers like, “This is what you’ve got to do!” I let him choose what he wants, but I do tell him it’s a great game to pick up, just for the sake of the game. You never know whether you may have to close a deal with someone, and they invite you out to play a round of golf with them, you know, depending on your business or whatever you decided to do, that’s a four-hour sales pitch where you’re just one-on-one with whomever is in control and can sign your fate. You might want to pick it up from a business point of view.”(Source)

TICHINA ARNOLD AND ALIJAH SMILE FOR THE CAMERA

TICHINA ARNOLD AND ALIJAH SMILE FOR THE CAMERA