Home » NEWS » USHER IS SEEKING JOINT CUSTODY OF HIS KIDS

USHER IS SEEKING JOINT CUSTODY OF HIS KIDS 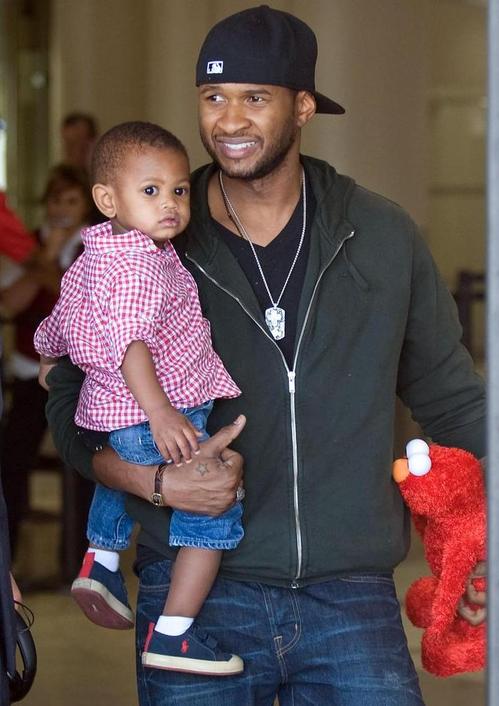 Singer Usher Raymond is seeking joint and physical custody of his sons  Usher Raymond V,18 months, and  Naviyd Ely Raymond, six months. The singer says that his sons  “are substantially dependent upon each party for support.”

Usher and his estranged wife , Tameka Foster-Raymond, married in 2007 but separated in July of 2008, five months prior to Naviyd’s birth.  According to divorce documents filed by Usher last week Friday, the couple’s marriage is “irretrievably broken” and “there  is no reasonable hope of reconciliation.”

Tameka  has said through her divorce attorney that she was a  “faithful wife and loving mother” during the couple’s marriage.

The couple is expected in court on July 15th.

Meanwhile, Usher is expected to celebrate father’s Day with his kids. He said last month:  ” I will be spending it with my kids and being around them always makes me happy.”

A PREGNANT KELIS SHINES IN BLUE

LAURENCE AND GINA OUT AND ABOUT WITH DELILAH(no close-ups)

LAURENCE AND GINA OUT AND ABOUT WITH DELILAH(no close-ups)