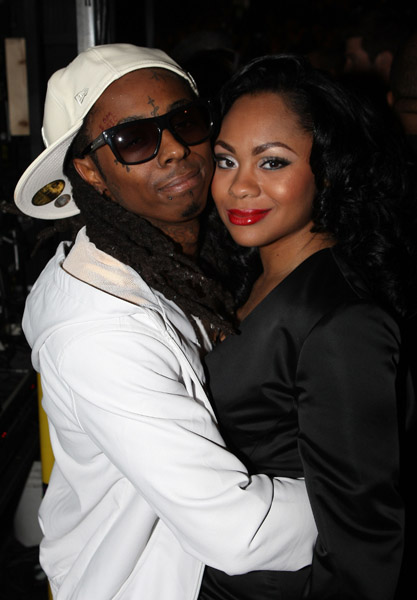 According to photographer and industry insider, FreddyO, singer Nivea is pregnant with rapper Lil Wayne’s baby. This is what Freddy had to say:  “I would like to be the first to send my congratulations to [Nivea] and her baby daddy soon-to- be husband Wayne. The two are said to be marrying within the next few months. Hummmm I wonder about that. Wayne will also be having a child with the one and only Ms. Lauren London who is also pregnant by him . WOW…. I wonder what they said when they both found out about each other…”

In all, Lil Wayne has two children: daughter Reginae Carter, with his high school sweetheart Antonia “Toya” Johnson and son Dwayne Carter III, who was born on October 22, 2008. The rapper  is also expecting a baby with actress Lauren London due later this year.

Nivea, on the other hand, has three children with her ex-husband, Producer Terius “The Dream” Nash.

EDDIE LEVERT AND FAMILY AT THE APOLLO THEATER