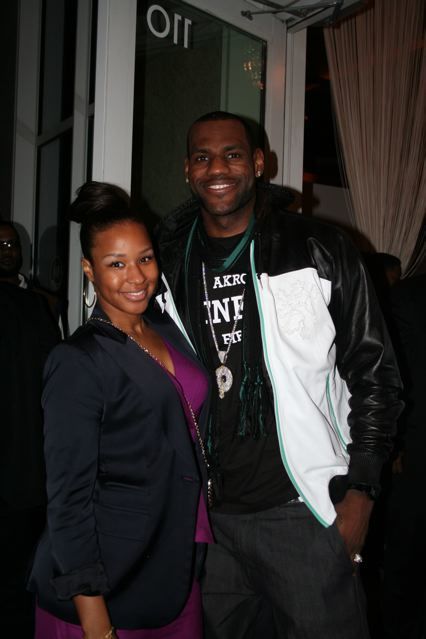 According to a credible source, Savannah Brinson, the girlfriend of NBA player Lebron James, is pregnant with the couple’s third child. For some months now, Savannah has been rumored to be pregnant; however, yesterday, BCK received news that may put the rumors to rest. Well, according to the afore-mentioned source, Savannah is indeed pregnant and” is walking around Cleveland looking prego! ”

Savannah and Lebron are already parents to LeBron James Jr.,4, and Bryce Maximus James, who will be two on June 14, 2007.

NICOLE MITCHELL, MICHAEL STRAHAN AND THE KIDDIES AT CHARITY EVENT

NICOLE MITCHELL, MICHAEL STRAHAN AND THE KIDDIES AT CHARITY EVENT