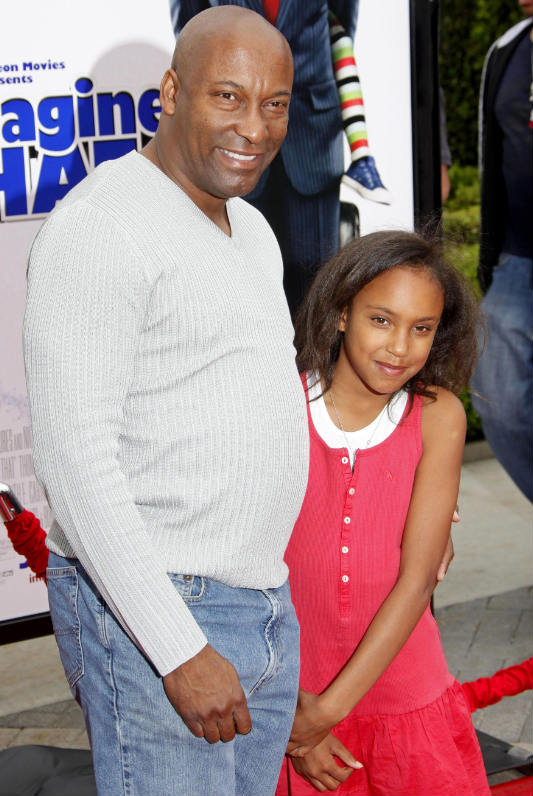 Director John Singleton and daughter Cleopatra,10, are pictured on the red carpet of the Los Angeles premiere of “Imagine That” on June 6, 2009 in Los Angeles.

Singleton is an American film director, screenwriter, and producer best known for directing Boyz n the Hood (1991) and many other popular films.

Click Here to see a picture of John and his son Maasai.

TARAJI P. HENSON AND SON OUT AND ABOUT

TARAJI P. HENSON AND SON OUT AND ABOUT