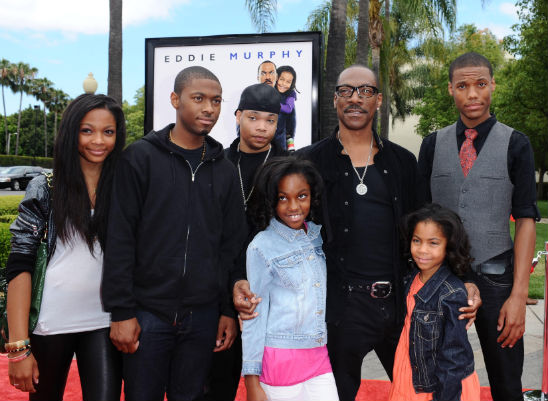 Actor Eddie Murphy and six of his eight children attended the Los Angeles premiere of “Imagine That” at the Paramount Theater  on June 6, 2009 in Los Angeles, CaliforniaIn the film, Eddie Murphy stars as Evan Danielson, father to 7-year-old daughter, Olivia, who is played by child actor Yara Shahidi.

VANESSA WILLIAMS AND SONS AT "IMAGINE THAT" PREMIERE

VANESSA WILLIAMS AND SONS AT "IMAGINE THAT" PREMIERE