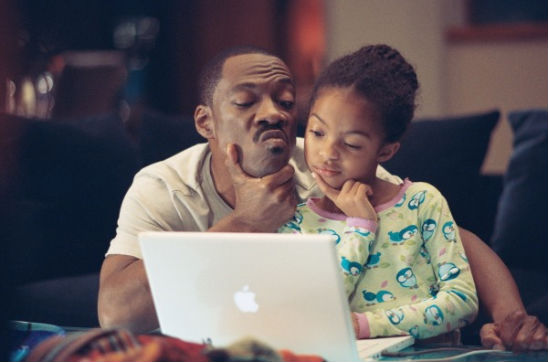 ET sat down this week with film star Eddie Murphy and his tiny co-star Yara Shahidi to talk about their latest family comedy Imagine That. In the film, Eddie’s character, Evan Danielson,  stars as a financial executive who works constantly and has no time for his seven -year-old daughter(Yara Shahidi). Through a magical blanket, however, the father and daughter team are brought together.

Video Highlights:
-Yara tells us about her “favorite scene(in the movie) of all times”
-Eddie has a story about his daughter Bella to share with us
-Yara and Eddie seem to work well off and on screen

KELIS IS "SO READY" TO HAVE HER BABY